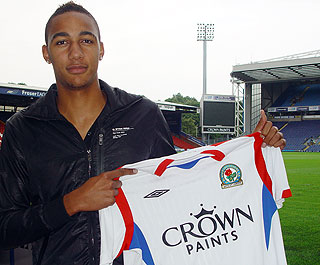 Blackburn manager Sam Allardyce has revealed that he is pleased with the progress made by summer signing Steven Nzonzi.

The 20-year-old French midfielder is adjusting to life at Ewood Park after arriving from French club Amiens and Allardyce said that Nzonzi is a very talented player and people will pick out his strength in the air but he has more than that.

Big Sam added that in time he believes that Nzonzi develop into a well rounded midfield player but also said that Blackburn do not want to play him yet if it can.

The former Bolton and Newcastle manager said that he would not want to put him in and have him struggle and destroy his confidence.