Birmingham City Striker Cameron Jerome Out For Another Month 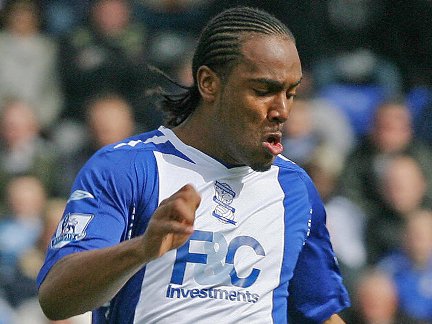 Premier League news are out and it has been reported that Birmingham City striker Cameron Jerome faces another month on the sidelines.

The 22-year-old has been out of action since picking up an ankle injury in Brum’s first home game of the season against Portsmouth.

The player was expected to be fit within two to three weeks but is now likely to be unavailable until early October.

Birmingham boss Alex McLeish told reporters that Jerome has had scans on the troubled area and the results was not positive.

The manager also said that this injury is enough to keep Jerome out for at least another month and that it was one of those ligament-type injuries.

McLeish also said that Jerome got a kick on his ankle and heel and that it is a blow as the player was looking to show the club that he was maturing into a Premier League player.