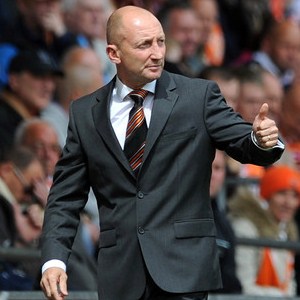 Blackpool gave themselves a fighting chance of avoiding relegation from the Premier League by coming out on top of a seven-goal thriller against Bolton.

There were four goals in the opening 24 minutes alone, with Kevin Davies putting Bolton ahead and then Matthew Taylor equalising after DJ Campbell and Jason Puncheon had netted for the Seasiders.

Campbell grabbed his second just before the break and, although Daniel Sturridge levelled again for Bolton in the 53rd minute, Charlie Adam’s strike 10 minutes later proved to be the winner.

Blackpool have delighted Premier League fans with their commitment to open, attacking football but even by their standards the first half at Bloomfield Road was something else, with four goals in the first 24 minutes.