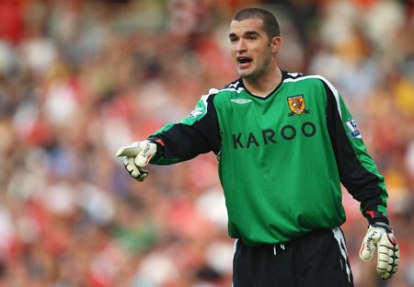 News from the Premier League is out and it has been reported that Hull goalkeeper Boaz Myhill has signed a new three-year deal at the KC Stadium.

The 26-year-old Wales international, who has played for the Tigers in all four professional divisions, is now committed until 2012.

Myhill joined Hull from Aston Villa in a £50,000 deal six years ago.

The player has re-established himself as the club’s first-choice goalkeeper after losing his place to Matt Duke for a spell midway through last season.

Manager Phil Brown told the club’s official website, www.hullcityafc.net: “Over the last two or three years, I have seen that Boaz Myhill is a Premier League goalkeeper, there is no doubt about that.

Carlton Cole Wants To Step Up To The Next Level