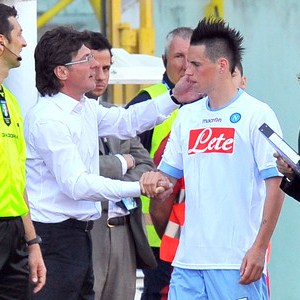 Napoli reclaimed second place in the Serie A table courtesy of a comfortable 2-0 win over Bologna at the Stadio Dell’Ara.

First-half goals from Giuseppe Mascara and Marek Hamsik proved to be sufficient to see off the half-hearted challenge presented by Bologna who sit in mid-table limbo.

Walter Mazzarri’s team remain firmly in contention to clinch a first Scudetto crown since 1990, having leapfrogged Internazionale and now trailing leaders Milan, who take on Fiorentina later tonight, only on goal difference.