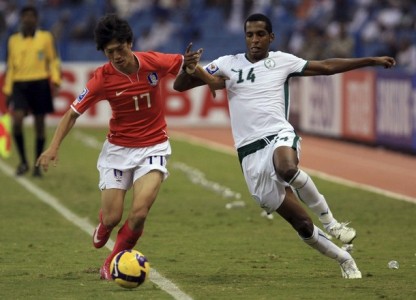 It is believed that Wanderers will pay around the region of £2million for the 21-year-old winger, who already has 15 caps for his country.

Lee scored and won a penalty in his side’s 3-1 K-League victory over Gangwon FC last night and told reporters afterwards that this could be his last match for Seoul and he is very happy that he could score.

Lee also revealed that he had considered the transfer options several times because FC Seoul have a good chance to be No 1 in Asia and Korea but he admitted that he wanted to accept this challenge and such chances don’t come very often.

A Seoul statement said that although we are in the middle of the season, we have decided to agree to transfer Lee for the player’s own good and that the clubs have agreed to the basics of the transfer with Bolton and will start fine-tuning the details of the contract.

Lee is widely regarded as one of the top, young footballing prospects from Korea along with Ki Sung-Yong. Both players are affectionately known as “Ssang Yong (Double Dragon)”, owed as much to their meteoric rise in talent as their pivotal roles within FC Seoul. He is known for his fast speed, dribble and excellent passing due to his wide vision.