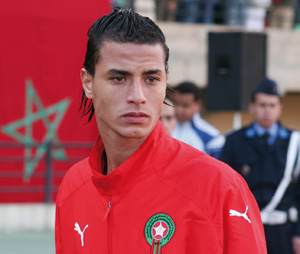 The Marouane Chamakh transfer saga continues and now Bordeaux chairman Jean-Louis Triaud has dismissed speculation that Arsenal have made an increased bid for Chamakh, the French club’s prized asset.

The two clubs have so far failed to agree on a price for the Morocco international, who has made no secret of his desire to leave and join the English Premier League.

However Arsenal FC have their own financial constrains and are unwilling to match Bordeaux’s current asking price of around £10.2million with Chamakh in the final year of his current contract.

But despite rumours of a renewed bid of around £7.7 million by Arsenal, Triaud claims he has not spoken with the English club for some time and that he is waiting for a call from Arsene Wenger.

Cristiano Ronaldo Out Of International Friendly With Flu