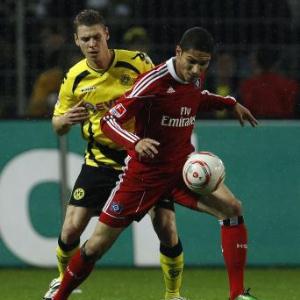 Borussia Dortmund pulled further clear at the top of the Bundesliga as two second-half goals saw off Hamburg.

After a largely drab first 45 minutes, Dortmund found their cutting edge after the break, with Shinji Kagawa’s deflected shot breaking the deadlock in the 49th minute before Lucas Barrios made sure of the win with 20 minutes to go.

The victory sends Dortmund seven points clear at the top ahead of the rest of the weekend’s action.