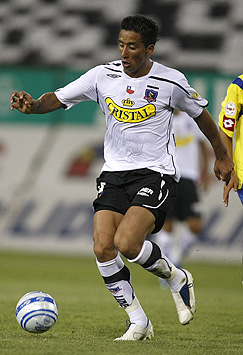 Bundesliga club’s sports director Michael Zorc released a statement saying that generally the have agreed terms with Barrios and his club, Colo Colo and the only thing left to complete is the medical check.

Barrios, who scored 37 goals in 38 matches last season for his club Colo Colo will be replacing Swiss striker Alexander Frei, and Barrios is expected in Germany over the weekend.

It is believed that the fee for Barrios is 4.5 million euros.

Previously, Liga club Espanyol and also Greek side Panathinaikos had bids to sign the striker turned down.