Brad Friedel Has No Plans Of Retiring Anytime Soon 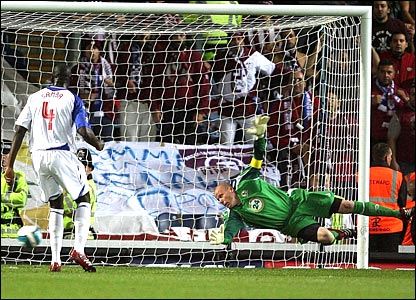 Interesting football news are out and it has been reported that Aston Villa’s American goalkeeper Brad Friedel has revealed that he has no plans for retirement.

The 38-year-old has proved himself to be one of the most consistent goalkeepers in the Premier League over the past decade and has had a new lease of life since joining Aston Villa last summer.

Villa manager Martin O’Neill has been delighted with the American’s performances since moving to Villa Park from Blackburn, with his veteran between the posts showing no sign of slowing down.

Friedel has always insisted that he will keep on playing top level football until someone tells him otherwise and is hopeful of still being in the top flight at the age of 40.

Friedel believes that only taking short breaks has been key to maintaining his fitness during close-seasons.

Friedel added that he will only take a week off of doing nothing, however he added that he stays close with the strengthening and fitness coaches but realistically a player needs a mental as well as a physical break from pounding the body.