Brazil President : Ronaldinho Does Not Deserve To Go To World Cup 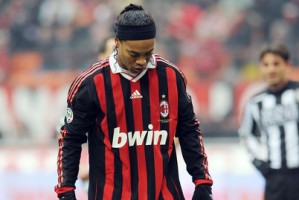 Brazilian president Lula has revealed that he would leave AC Milan star Ronaldinho out of their World Cup squad.

Dunga has so far ignored calls for Ronaldinho to be recalled to his Brazil team.

“Ronaldinho is a great player, but that’s not enough,” Lula explained. “The important thing is to see how every player inserts himself into the development of the team.

“It’s something greater than the individual qualities of a player. It’s a question of the team.

“Ronaldinho doesn’t deserve to go to the World Cup. He has played relatively little for the Selecao and has never been decisive.”