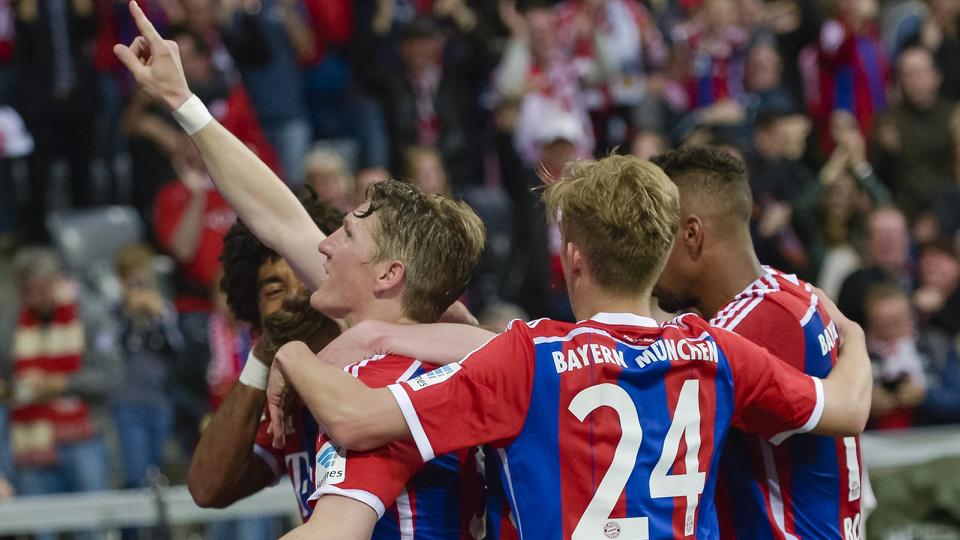 Bayern Munich took a huge step towards winning the Bundesliga after a brilliant late goal from Bastian Schweinsteiger saw them beat Hertha Berlin 1-0 at the Allianz Arena. 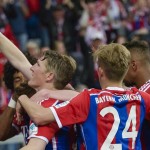 The midfielder scored ten minutes from time with a first-time effort which means Wolfsburg must beat Borussia Mönchengladbach on Sunday or Pep Guardiola’s side will retain the league title.

In the first half, Bayern were a shadow of the side that demolished FC Porto in the Champions League in mid week.

Hertha played the counter attack well and their best chance of the half fell to Valentin Stocker whose volley from close range went wide, while Salomon Kalou curled an effort wide after a good passing move.

Thomas Muller had the home side’s best opportunities, flicking a header inches wide from Sebastian Rode’s cross before forcing the keeper into a save with a low effort.

The second half was a different story with Pál Dárdai’s side on the back foot for most of it.

But they will be kicking themselves for spurning a golden chance to score when Nico Schultz was put through on goal but his effort was brilliantly saved by Manuel Neuer.

It was all Bayern after that with Robert Lewandowski’s header pushed away by Sascha Burchert, while Schweinsteiger’s powerful header struck the post.

And the Bavarians held on as they aim for their 25th league title and move onto face Borussia Dortmund in the semi-final of the German Cup on Tuesday.