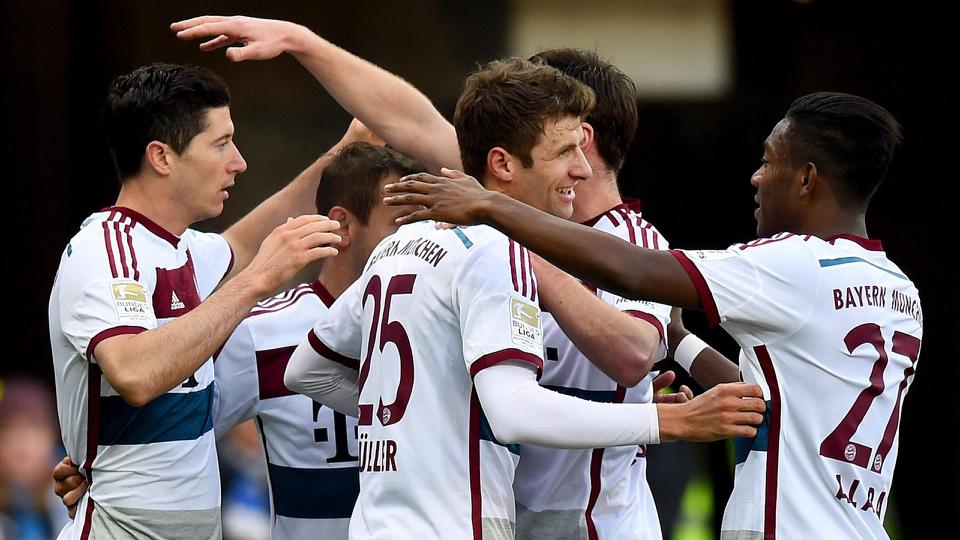 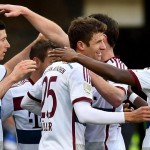 Pep Guardiola’s side may have struggled to break down Shakhtar Donetsk in Europe during the week but the Bundesliga champions had no such problems here as they eased past a struggling Paderborn side which has won just one game in 11.

A first-half double from Lewandowski got things off to a perfect start for the visitors with goals coming on 24 minutes and 37 minutes.

Bayern let their foot off the pedal at the beginning of the second-half but stepped up a gear just past the hour mark when Florian Hartherz was sent off for bringing down Robben, conceding a penalty in the process. The Dutchman coolly slotted home the penalty and Paderborn crumbled in the remaining 25 minutes of the match.

Franck Ribery extended his side’s lead to four goals on 72 minutes before substitute Mitchell Wieser bagged his first ever Bundesliga goal with a splendid lob six minutes later. Robben grabbed his second of the afternoon seven minutes before time, his 16th of the season.

Bayern are now 11 points at the top of the Bundesliga table, though second-placed Wolfsburg have a game in hand. Paderborn remain above the drop zone but only on goal difference.