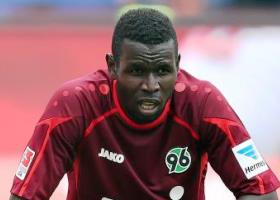 Solskjaer worked with Diouf at Manchester United and the Senegal international also has experience in Norwegian football.

The 26-year-old joined Molde in 2007 and in his first season they won the Norwegian First Division, earning promotion to the Norwegian Premier League.

He was signed by Manchester United in 2009, but was allowed to stay with Molde on loan until January 2010 when he made the move to Old Trafford.