Reports are out claiming that Crystal Palace manager Tony Pulis suggests that his club has missed out on Wigan Athletic defender Ivan Ramis. 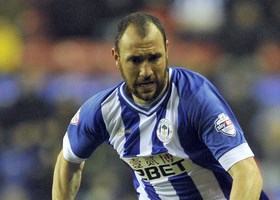 The 29 year old Spanish central defender has recently been linked with a January move away from the DW Stadium with Cardiff City now hot favourites to land his services on loan for the remainder of the season.

“We were interested in the lad but Cardiff made him a better offer so he went down to them,” Pulis said.