Cardiff City To Be Sold To Malaysian Consortium 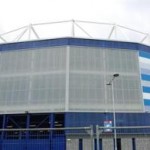 A Malaysian consortium look to have moved a step closer towards taking over Cardiff after the club confirmed discussions over further investment have continued in a “positive and productive manner.”

The club, who must pay off a £1.9 million tax bill to avoid a winding-up order from HM Revenue and Customs, have held meetings with consortium representative Dato Chan Tien Ghee, who made an initial investment in the South Wales outfit back in November and subsequently became a director himself.

Cardiff released a statement on Friday evening which read: “The board of directors of Cardiff City Football Club and Dato’ Chan Tien Ghee are pleased to confirm that discussions over the last few days have continued in a positive and productive manner with a view to a further planned investment in the football club.

“Both parties are working towards this further investment being concluded by the end of April this year. Investment will be subject to the satisfaction by the club of a number of conditions which are designed not only to stabilise the finances of the football club but also to ensure that the club is structured appropriately to build on the progress that has already been made.”

Tien Ghee added: “I am extremely hopeful that with goodwill on all sides we will be able to conclude matters quickly and for the benefit of the club and I look forward to playing my part in the future success of Cardiff City.”

City have until May 5 to come up with the funds owed to HMRC. An adjournment was granted last week after Cardiff claimed a third party investor would be providing the club with £6m in funds.