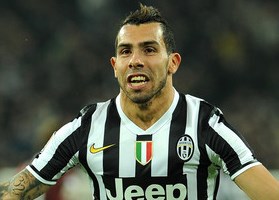 Juventus striker Carlos Tevez has admitted that he is playing injured after hitting the winner against Torino.

The Argentine international star struck the only goal of the game.

“In Argentina I read my omission is a political thing, my World Cup chance is over.”