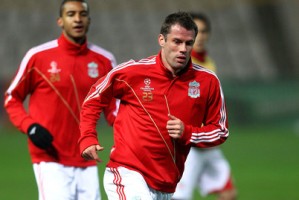 Veteran Liverpool defender Jamie Carragher has given an indication he may leave the club if a new contract is not offered his way.

The 32-year old, who made his 600th appearance for the Reds earlier this season, has admitted that if the club do not extend his current deal, he would have no problem in moving on.

Carragher reportedly said that “The club will give me a new contract if they want to,”.

“If not it doesn’t matter, I’ll still play my best and if I have to move then I’ll move, no problem. It wouldn’t bother me.

“It’s a club thing. It’s down to them. I’ll keep playing and see where it takes me.”