Casillas Determined To Win At The El Riazor Against Belgium 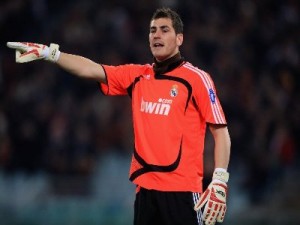 Spanish international goalkeeper Iker Casillas, who has never won a match with Real Madrid at Deportivo La Coruna’s El Riazor stadium, hopes to break this “curse” when he plays for Spain there on Saturday in a World Cup qualifier match against Belgium.

Casillas told reporters that he has never managed to win at the El Riazor Stadium but he hope to break this curse with the national squad.

Spain currently sit six points clear of second-placed Bosnia Herzegovina in qualifying Group 5 with four games to go and a win over Belgium on Saturday coupled with a Bosnia loss at bottom side Armenia would see Spain nine points clear with three games left.

Zidane is Good With Other Type of Balls Too – Video