It has been revealed that Catania defender Nicolas Spolli has confirmed Tottenham made an attempt for him over the summer. 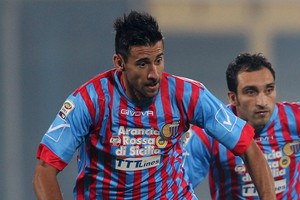 The 30-year-old Argentine centre back revealed that he made it clear to Catania – who he joined in 2009 – that he wanted to stay with them.

Spolli told La Sicilia : “I had told the president that I wanted to remain in Catania as soon as last season came to a close, before there was any talk of transfers,”.

“When the interest from Tottenham came in, the club didn’t even need to ask me, because they knew what my intentions were.

“I am happy in Catania, it’s a wonderful city and when I have the time it’s incredible to enjoy both the sea and Etna.”