Cesc Fabregas To Remain With Arsenal 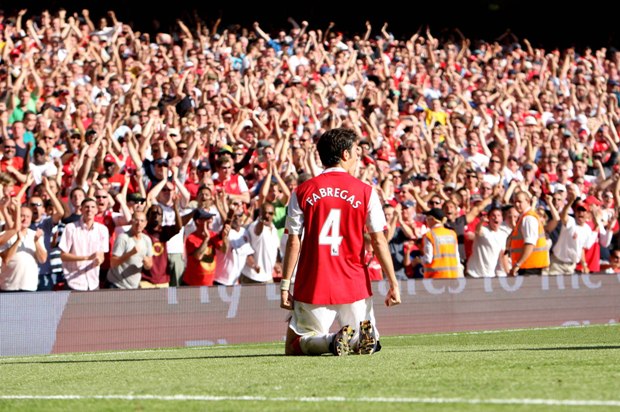 Cesc Fabregas’s father, Francesc Fabregas Snr has revealed that his son will remain at Arsenal for at least another season. He also said that his son is “100 per cent an Arsenal player” and ruled out a return to Barcelona this summer.

However, he admitted that the 21-year-old Gunners captain will always be a ‘cule’ the Catalan term for a true Barcelona fan.

Fabregas Snr also said that he sincerely believes that this transfer will not take place.

However he said that the world of the football is crazy and one can never be certain, but added that today he believes that Cesc Fabregas will remain at the Arsenal.

Fabregas Snr also added that his son is “super motivated to play for the Gunners team and manager Arsene Wenger and he has a great desire to win things there.