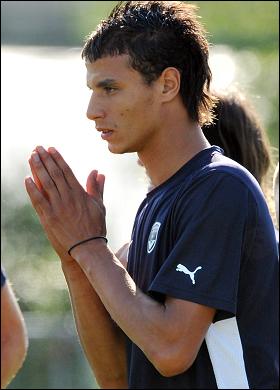 Bordeaux striker Chamakh, now age 25, is desperate to join the Gunners but his French side have priced him out of a move.

Arsenal boss Wenger however insisted that he will not match Bordeaux’s asking price, leaving Morocco international striker Chamakh in limbo.

Moroccan ace Chamakh told reporters that his priority is to play for Arsenal, but there are also other clubs who are interested in signing him.