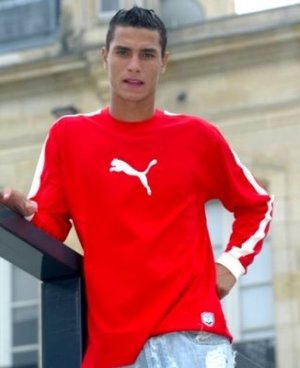 Morocco International striker Marouane Chamakh has urged his french club Bordeaux to allow him to move to English Premier League side Sunderland after ruling out Arsenal due to the length of time they were taking with an offer.

The 25-year-old told a French radio station that he has told Bordeaux that he needs to go to Sunderland and that he wants to play in the Premier League as it will be a good challenge for me.

Chamakh also said that he didn’t mind waiting, but as far as Arsenal are concerned, they have taken too long, unlike Sunderland.

He also added that he could have waited, but Bordeaux wanted this response quickly, so he is left with no other choice.

Chamakh, who has rejected the offer of a new contract at Bordeaux, is also a target for Lyon but is intent on a move to the Premier League after explaining that money is not the issue.

The striker also said that he is very happy at Bordeaux, but he has expressed his wish to go to England to join the Premier League and discover new challenges.

He also revealed that Bordeaux made him a bigger offer, with the same wages that he would get in England but Chamakh just want to leave.


Fernando Torres Confident Liverpool Can Win The Premiership Next Season