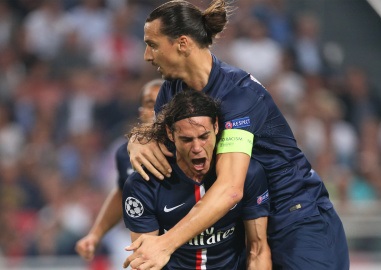 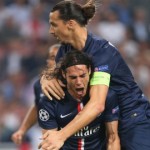 Paris Saint-Germain escaped with a point after a 1-1 draw with Ajax at the Amsterdam Arena in their Champions League Group F opener.

The French side dominated possession without creating much in the way of chances in the first half. Maxwell consistently found room on the left wing, but PSG were unable to convert a stream of crosses into the box.

It was Edinson Cavani who broke the deadlock after a defensive mistake from Nicolai Boilesen. The young defender tripped under pressure from Lucas Moura, and the winger passed to Zlatan Ibrahimovic, who had a shot blocked, before the ball ran to Cavani to slot into the net.

In the second half, PSG had a flurry of missed chances that they were left to rue after Lasse Schone curled in a well-struck free-kick that Salvatore Sirigu failed to keep out. Ultimately, it was PSG who were fortunate to finish the game with a point, as their defence grew ever more nervous as Ajax looked for a winner.