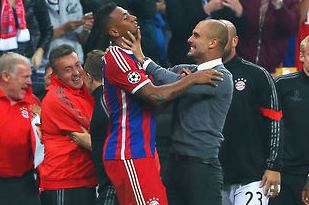 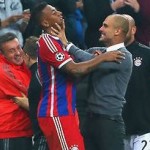 A lucky deflection off Mario Goetze gave Bayern Munich a dramatic 1-0 victory at home to Manchester City in their opening Champions League match.

The Germany midfielder tried to get out of the way of a last-minute shot by former City defender Jerome Boateng, but the ball came off his back and arced away from the brilliant Joe Hart, who made a string of superb saves to deny the German champions.

The goal was initially credited to Boateng, but what would have been his first for Bayern will be chalked off once UEFA see the replay.

Substitute Sergio Aguero almost scored a late, late equaliser, but his low effort dragged wide of the post as the 2013 Champions League winners opened their Group B campaign with three points.