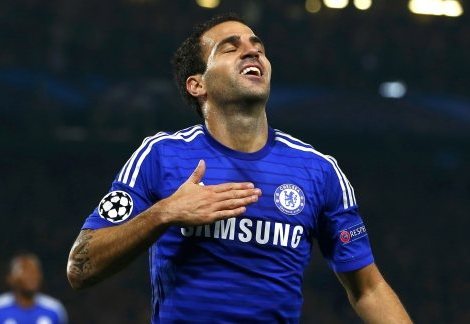 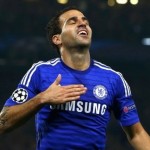 Cesc Fabregas scored his first goal in Chelsea colours as Jose Mourinho’s men were held to a surprise 1-1 draw by Schalke at Stamford Bridge.

The Spaniard has dazzled with an exquisite array of assists since arriving from Barcelona in the summer, but he finally got his own name on the scoresheet when he netted a controversial opener on 11 minutes.

It should have opened the floodgates, but the hosts laboured for long spells and, after Fabregas blazed a great opportunity over, Schalke began to press and deservedly levelled just after the hour.

Klaas-Jan Huntelaar got the goal, drilling a low shot in at the near post after the excellent Julian Draxler had dispossessed Fabregas in midfield.

The night had begun on a positive note for the Blues with the crowd buoyant following the news that 2012 Champions League final hero Didier Drogba was making his first start since that dramatic penalty winner in Munich.

However, the Ivorian looked rusty on his homecoming and fluffed a glorious chance to double the lead just prior to Schalke’s equaliser.

Ultimately it was a frustrating start to life in Group G for the Blues, but Mourinho will be confident his team will still have enough to qualify ahead of the likes of Maribor and Sporting Lisbon as he now turns his sights towards the weekend’s Premier League showdown with Manchester City.