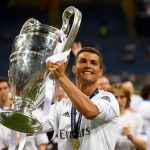 The 2016/17 Champions League season is set to kick off in a matter of hours and the first round of group stage football is set to get underway with teams such as Arsenal, PSG, Benfica, Napoli, Barcelona, Celtic, Manchester City, Atletico Madrid and Bayern Munich all in action.

Europe’s biggest teams will look to kick off their Champions League campaign with a win and try to dethrone current reigning champions Real Madrid.

So what does this all mean? The beautiful game of football is back and it’s Champions League time!

Champions league games will be coming in thick and fast and the games after the opening day fixtures will set the tone for the rest of the Champions League campaign. So who do you think will win the 2016/17 Champions League?

The biggest and most anticipated clash in the Champions League would be between Real Madrid and Barcelona and fans will hope and pray that the odds are favourable to their favourite team for the coming campaign while online premier league betting has its own take on the matter.

Other big teams such as Bayern Munich, Tottenham, Manchester City and Arsenal who have heavily invested in new players during the off-season will also be looking to make their mark on the Champions League this season.

The Champions League is undoubtedly the biggest and most coveted prize in club football with the winner being crowed the best club or the greatest team in Europe.

Can Real Madrid retain their Champions League crown? Many wouldn’t bet against it but the Champiosn League campaign is long and grueling and the pressure is on Real Madrid to deliver the goods.