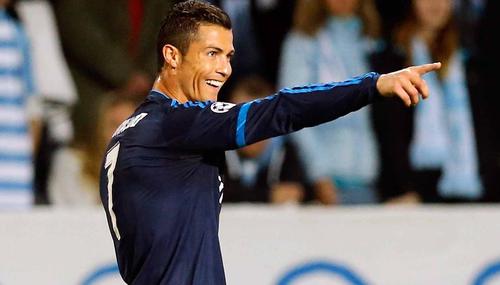 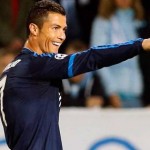 The Portuguese star reached his 500th career goal and netted for the first time in four matches by capping off a clinical counter-attack with a lethal first-half finish.

Malmo missed a golden opportunity to equalise when Markus Rosenberg headed wide in the second half, before their chances were effectively ended when Yoshimar Yotun received a second yellow card.

Ronaldo had late chances to score a second and equal Raul’s record, but in-form home goalkeeper Johan Wiland appeared to have made him wait for that honour with a string of fine saves.

However, the forward prodded home a last-minute second to draw level at the top of the Santiago Bernabeu scoring charts, meaning he will have the chance to break the record in the derby against Atletico Madrid this weekend.

The victory puts Madrid on six points from their first two Group A games, while the Swedish hosts remain pointless having lost to Paris Saint-Germain last time out.