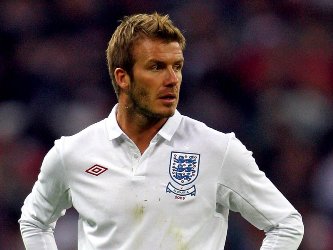 Sensational transfer news are out and it has been reported that Premier League clubs Chelsea and Tottenham are preparing offers for LA Galaxy midfielder David Beckham.

Local British newspapers have reported that Italian giants AC Milan are also keen to have Beckham back and give him the high level football he will need in order to convince England manager Fabio Capello he is worth a place on the plane to the World Cup in South Africa next year.

But it is strongly believed that Chelsea manager Carlo Ancelotti is a fan of the 34-year-old midfielder after signing him on loan from Los Angeles Galaxy last season at San Siro and there are reports that Beckham and his wife, Victoria, have already been looking at schools in London for their three sons.

It has been reported that Tottenham would jump at the chance to bring Beckham back to England.

It is also believed that Harry Redknapp has always been a great admirer of Beckham, as a player and as a person, and particularly of the way he has won back his place in the England squad.

It is believed that Harry told reporters that if Beckham wanted to return to the Premier League, Tottenham Hotspur would definitely take him.