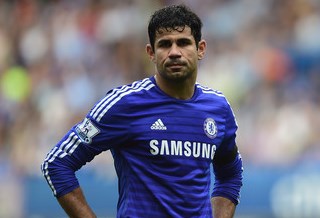 It has been reported that Chelsea boss Jose Mourinho has revealed that Diego Costa was not fit enough to play in the Champions League on Wednesday night. 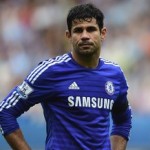 The Brazil-born Spanish international, who has started his English in fine fashion with seven goals in four matches, missed the Group G opener with Schalke at Stamford Bridge because of a hamstring injury sustained during his hat-trick performance against Swansea City on the weekend.

After the 1-1 draw in west London, Mourinho explained his reasons for Costa’s absence from his line-up with some suggesting he was protecting him for the weekend’s Premier League fixture with reigning champions Manchester City.

“Costa has a problem,” said Mourinho of the summer signing.

“If he has one week to let the muscle recover he can start a game. Playing on Saturday, three days is not enough for him to recover.

“It was not to protect for the game Sunday (at Manchester City) it was because today he was not in condition to start the game.”

Mourinho added of the former Atletico Madrid star: “Today he was not in condition to play. Sunday we believe he is.

“Next week against Bolton (in the Capital One Cup) for sure he isn’t. We have to manage the situation until the moment he’s completely fine.

“If today he starts the game, for sure he cannot play on Sunday. We have to go step by step.”