Transfer news from the Premier League is out claiming that Chelsea boss Jose Mourinho is chasing Juventus midfielder Paul Pogba. 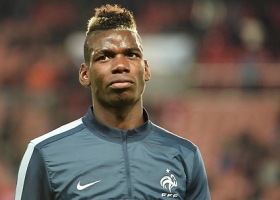 The People reported that the former Manchester United youngster is believed to be keen on a return to England.

And Mourinho wants to boost his squad by signing another holding midfielder, as well as a striker, in the mid-season window.

Arsenal boss Arsene Wenger is a long-term admirer of the French international, who has been likened to a young Patrick Vieira.

But the free signing of Mathieu Flamini means Arsenal are now well-stocked in central midfield and unlikely to enter the bidding for Pogba.