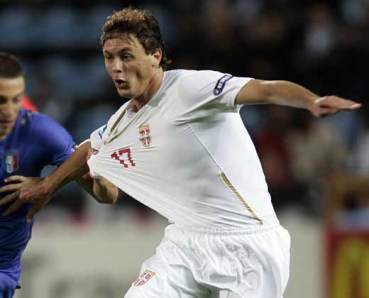 The MSK Kosice midfielder, now age 21, has played twice for his country.

MSK president Blazej Podolak said that the club signed the contract on the transfer of the player at around five o’clock in the evening.

He also revealed that the success in concluding the agreement was down to the the fact that the money does not come in installments, but immediately.

Matic has played 66 matches and scored 4 goals along the way for he former club. It is also worth noting that the youngster is 1.94 m or 6 ft 5 inches in height.