Reports are out claiming that Chelsea are a step closer to landing Wolfsburg winger Julian Brandt. 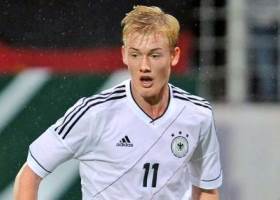 The highly-rated 17-year-old is thought to have attracted the interest of Chelsea and a number of top other European clubs including Bayern Munich and Borussia Dortmund.

A Wolfsburg spokesman told Deutsche Presseagentur: “Julian Brandt has turned down the offer to sign a new contract with VfL Wolfsburg.

“As he is out of contract at the end of the campaign, Julian Brandt will therefore depart from VfL Wolfsburg.”