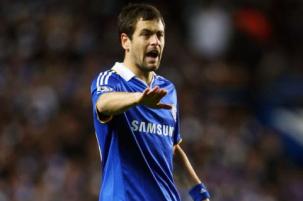 Midfield ace Cole, now age 27, is on a contract which is due to expire next year and the player is expected to be offered a longer contract, while Brazilian Alex, 27, signed a new four-year contract today.

It is believed that Chelsea are determined to tie up as many of their current squad as possible following FIFA’s transfer ban.

The Blues are prevented from signing any players in the next two transfer windows after being found guilty of inducing teenager Gael Kakuta to breach his contract with Lens two years ago.

Ivory Coast star Kalou, 24, joined John Terry, Ashley Cole, Didier Drogba and Michael Mancienne in committing his long-term future to the club when he put pen to paper on Monday.