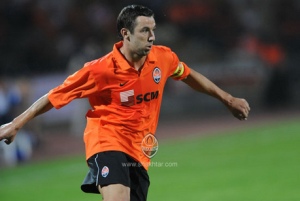 Interesting transfer news are out and it has been reported that Shakhtar Donetsk star Darijo Srna is a £10 million target for English Premier League club Chelsea.

It has been reported that Chelsea have already made an enquiry for the 27-year-old and the Ukrainian side will not stand in his way when Chelsea make their offer next month.

Srna’s deal runs out in 2011 but Shakhtar president Rinat Akhmetov is believed to have told him he can leave in the transfer window if a big club matches his valuation.

The Croatia international has been at Shakhtar since 2003 and they are prepared to negotiate a transfer because he helped them win the UEFA Cup last season.

Srna told reporters that he has two definite offers from top clubs in Europe, but he cannot name those clubs as it would not be right.