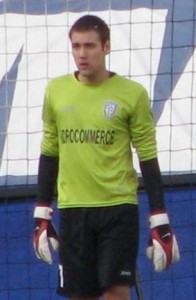 Interesting news are out and it has been reported that English Premier League giants Chelsea FC have got round their transfer ban to sign young keeper Matej Delac.

It is said that Chelsea will pay Delac’s wages at his Croatian club Inter Zapresic for two years and he will move to Stamford Bridge in 2011.

Delac, now age 17, will then be under contract for five years. He will travel to London when possible to train with Carlo Ancelotti’s squad.

It is a wide known fact that FIFA banned Chelsea from buying players for two windows after poaching Lens kid Gael Kakuta.