Reports are out claiming that Chelsea striker Samuel Eto’o is expected to continue his career in MLS next season. 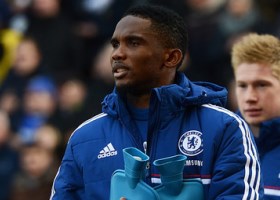 The Guardian claims that the Cameroon international’s stint in the Premier League is set to be limited to a solitary season, with the 32 year old expected to move to Major League Soccer once his contract at Chelsea expires next summer.

The four-times African player of the year had been heavily linked with FC Toronto, coached by the former Blackburn and Queens Park Rangers defender Ryan Nelsen, but is thought to favour a move to the US rather than Canada.