Chelsea, Sunderland To Do Battle For Wolfsburg Defender Ricardo Rodriguez

It has been reported that Chelsea and Sunderland are chasing Wolfsburg fullback Ricardo Rodriguez. 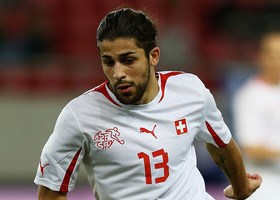 The Daily Express revealed that reports in Germany suggest that the 21 year old Switzerland international has caught the eye of Jose Mourinho.

Wolfsburg sporting director Klaus Allofs told Kicker: “It would be nice if we could get into the situation where there is interest from other clubs.

“In the end it has to be our goal that our guys play with that focus on them.”