According to reports by the Daily Mirror, Croatia under-21 international Mario Pasalic has signed a pre-contract agreement to join Chelsea this summer. 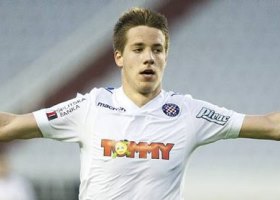 The 19-year-old forward has scored 11 goals in 25 appearances for Hadjuk Split in his domestic top-flight this season.

“Mario will be in London at the end of May for a medical examination and then will know more about his future,” his agent Ivica Loncar told 24sata.

“There are several interested clubs from Italy, Germany and Spain, and it is possible that the first two weeks of preparation activity will be with Chelsea. But the decision is Jose Mourinho’s.”