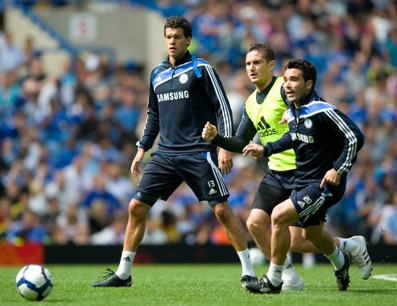 Chelsea midfielder Deco believes that his club is in perfect shape to become the European champions.

The Portuguese international star believes that Carlo Ancelotti has a squad capable of playing any system the manager wants.

The Blues have switched between a diamond formation at home and a 4-3-2-1 system on their travels.

Deco, now age 32, said that the players know Carlo played this diamond system in Milan many years and Chelsea have good players to play in this system.

He also added that Chelsea have great midfielders and this system gives the option to play well.

Striker Andriy Shevchenko is likely to miss out on a place in the Blues’ Euro squad and teenage striker Daniel Sturridge looks set to get the nod over the Ukrainian.