It has been reported that the nominations for the Professional Footballer Association’s Fans’ Player of the Month award have been released. 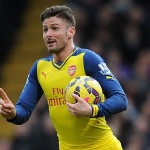 Six players are in the running to land the PFA fans award for February with Chelsea defender Branislav Ivanovic a leading candidate.

The Serbian international has scored four goals in his past six matches and has ensured the Blues have remained unbeaten during the second month of 2015.