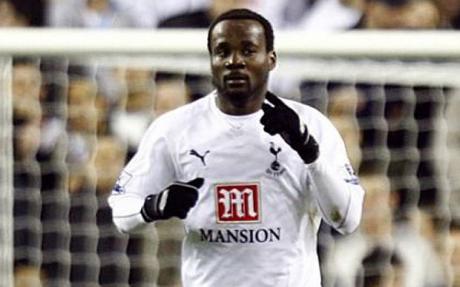 Harry Redknapp has confirmed that Tottenham are on the brink of striking a deal to sell right-back Pascal Chimbonda to Blackburn Rovers.

It is believed that the French full back was included in the Spurs squad which travelled to Doncaster for the second round clash in the Carling Cup, but did not make it as far as the Keepmoat Stadium.

It is said that Chimbonda was informed of an offer from Blackburn for his services and was given permission to travel to Ewood Park.

Tottenham manager Harry Redknapp told eporters that the club sold Chimbonda on the way to Doncaster.

Redknapp also said that Chimbonda travelled with the rest of the team here on the plane but travelled across to Blackburn after the chairman agreed a fee.

Redknapp also said that he feels the deal is at an advanced stage and expects the formalities to be wrapped up by the end of the week.

Lescott Disappointed With Comments Made By David Moyes