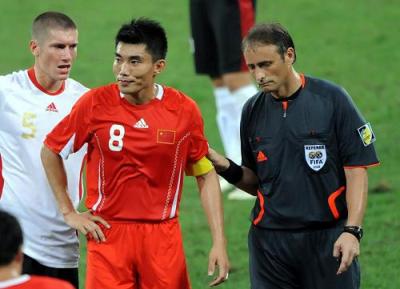 China international midfielder Zheng Zhi has revealed that cannot wait to begin working with Tony Mowbray as he prepares to complete his move to Celtic.

China captain Zheng is expected to sign a two-year deal with the Glasgow giants before the end of the week and manager Mowbray revealed on Tuesday that he had tried to sign the 29-year-old, who can play in midfield or up front, a year ago while in charge at West Brom.

Zheng reportedly jetted into Glasgow on Tuesday night and told reporters that Celtic are a great club with a great manager and that he is so excited to be at Celtic and is looking forward to playing with Celtic.

Zheng also added that he knew Tony from his time at West Brom and that he really liked him as a manager. Zheng also revealed that Tony tried to sign him a year ago.

Zheng is able to complete his move outside the transfer window after being released by Charlton, where he spent two and a half years.