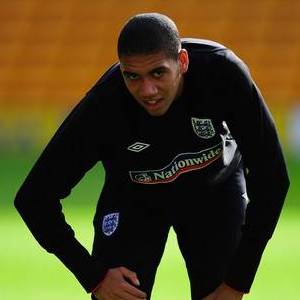 Manchester United defender, Chris Smalling strongly believes that the club, even though they are currently third place, are still well positioned to reclaim the Premier League crown.

Sir Alex Ferguson’s Red Devils were held to a 2-2 draw by Aston Villa on Saturday.

The England U21 central defender admitted that it was frustrating not to beat Villa even though United trailed 2-0 with only 10 minutes remaining before Federico Macheda and Nemanja Vidic struck.

The result did at least extend United’s record of not having lost yet this term, which Smalling hopes will remain the case for as long as possible.

“We’ve stayed unbeaten and I think that is the main positive to take from the game, but overall we are really disappointed,” the defender told Sky Sports News.

“I think we are still in a great position.”

Smalling is confident United will improve as a number of key players return to fitness.

“Obviously we have got some injuries so we have got a lot of players to come back, but the people who have come in I think have done a great job,” he said.

“To still remain unbeaten is a real something to hold onto.

“A lot of teams expect us to be there or thereabouts. We have won the title however many years and we have no doubts that we will be up there and hopefully taking that league back at the end of the season.”


Casillas Defends Jose Mourinho : I Stand By My Coach!