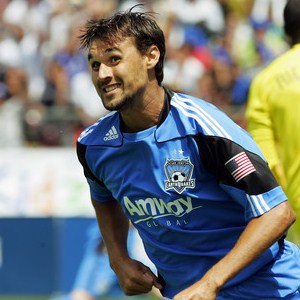 Chris Wondolowski, the striker of San Jose Earthquakes, has been named as the MLS Player of the Week for Week 26.

The 27-year old scored a hat-trick for the Quakes in Saturday’s 3-2 win over Toronto FC at BMO Field to become the first San Jose player to win the award since Ronnie O’Brien in 2008.

Wondolowski has now scored 12 goals this season as the Quakes sit fifth on the Western Conference table.