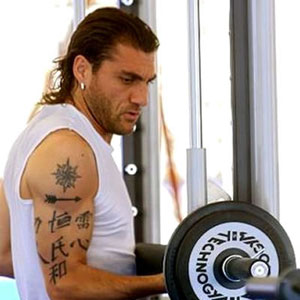 Interesting football news are out and it has been reported that Blackburn manager Sam Allardyce has said that the fitness of Christian Vieri will determine whether or not he will be offered a contract at Ewood Park.

It has been reported that the 36-year-old ex Italian international did not join Rovers on their pre-season tour of Italy and Croatia because Allardyce was concerned with the Italian`s overall condition.

Allardyce also told reporters that when the club assessed Christian from the Austrian trip he was not in the right condition to consider games.

However Big Sam said that the club will weigh that up and if Vieri wants to come and if feel it is right for the club then he could still join Blackburn for the last month.

Big Sam also said that the club will see what he wants to do and whether the club can get him to the level to make a stab at it in the Premier League. If he can, then brilliant, if not then it was always a long shot.


Marouane Chamakh Gives Up Hope Of Playing For Arsenal