Clint Dempsey : Great To Be Back In Action 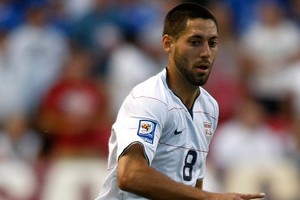 Clint Dempsey is delighted to be back in action for Fulham.

The USA international attacker has returned to the Fulham line-up after a lengthy spell out with knee injury.

Dempsey told reporters that : “You want to play in big games and it was great to be back. I’m still working on trying to be 100% fit and get the sharpness back. But it’s good to be back playing,”

He also said that : “They told me that I would be out for between five to eight weeks and it took seven weeks. Sometimes that’s the way it goes, I’ve been in England for three years and seven weeks is the longest I’ve been out so I feel fortunate.”