It has been reported that Vicente Sanchez has signed a deal with MLS club Colorado Rapids. 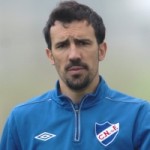 The 33-year old Uruguay international joins the Rapids from homeland club Nacional and will be added to Colorado’s roster upon receipt of his P-1 work visa and International Transfer Certificate.

The former Toluca, Schalke and Club America attacker was delighted to have finally made the move to the Rapids.

“I’ve been wanting to come over for some time,” Sanchez said.

“(Rapids head coach Oscar Pareja) told me about his project with the youth it interested me.

“As much as other teams were calling me, I didn’t have any doubts in coming here. I’m very happy to be here, and I’m hopeful that everything works out well for me, for the club, for the coach, and for everyone.”

Sanchez has represented Uruguay on 31 occasions and scored 85 goals in 242 appearances for Mexican club Toluca between 2001 and 2007 prior to his 2008 move to Germany.