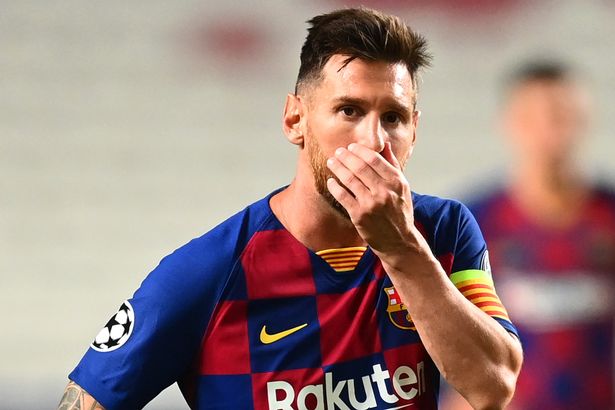 After 2 decades at the club, Messi has had enough and has activated a clause in his contract that will allow him to leave for FREE!

Messi, 33, has a contract until 2021 but has grown disappointed with events on and off the pitch at Camp Nou in recent months. The 8-2 Champions League humiliation at the hands of eventual winners Bayern Munich proved the final straw and he has now informed the club of his desire to embark on a new challenge following a first trophy-less season since 2007-08.

Barcelona tell @AP that Lionel Messi sent document to them saying he wants to leave.

Messi, the six-time World Player of the Year, has considered leaving Barcelona before but has never previously taken his desire to leave to the club this far. He is conscious that at 33 he won’t have many more opportunities to add to the four European Cups he’s already won and has decided he will have a better chance of more silverware elsewhere after a string of disappointments with Barca.


BREAKING: Lionel Messi will Stay at Barcelona for the 2020/2021 Season