A controlled explosion has been carried out at Old Trafford after a suspect package was found ahead of Manchester United’s match against Bournemouth.

Two stands – the Sir Alex Ferguson Stand and the Stretford End – were evacuated before the final game of the season and sniffer dogs brought in.

Kick-off, due at 15:00 BST, was delayed and shortly afterwards the match was abandoned on police advice.

A bomb disposal team carried out the explosion at about 16:30 BST. 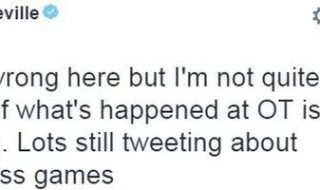